If you are in construction, chances are you are hiring some form of independent contractors or subcontractors. Typically, insurance would cover you in the event of a claim brought to you by a subcontractor's negligence, but insurance carriers are starting to take away this critical coverage with a form called the "CG 2294 EXCLUSION – DAMAGE TO WORK PERFORMED BY SUBCONTRACTORS ON YOUR BEHALF".

Exclusion l. of Section I – Coverage A – Bodily Injury And Property Damage Liability is replaced by the following:

This insurance does not apply to:

l. Damage To Your Work

"Property damage" to "your work" arising out of it or any part of it and included in the "products-completed operations hazard".

Although a standard liability policy without the CG 2294 exclusion does not cover "Property damage" to "your work," it would cover your subcontractor's work. For example, insurance will not pay you for your wrong work, only the damage that your work caused and the policy covers your subcontractors work entirely.

Tom is a home builder in the state of Oklahoma. He was recently contracted to build a small housing development in Tulsa. Although he holds the contract, he subcontracts out 90% of the work to other contractors.

The homebuilder, being the general contractor on the project, is taken to court over the damages that the fire caused.

1. How Would A Typical Commercial General Liability Insurance Policy Respond?

The unendorsed general liability policy would not only respond to the damages to the property but would also pay for the legal costs associated with going to court. At a later date, the insurer might seek reimbursement from the electrical contractor's insurer, but in this instance, Tom would be covered.

2. How Would A Policy With The CG2294 exclusion Respond?

The CG2294 would exclude coverage in this situation. There is no longer coverage for products and completed operations for the work that your subcontractors complete. Arguably, without the built-in coverage carve-back for subcontractors, the "your work" excluded under the policy could be the entire house if you are a general contractor. This would also take away any legal defense that the policy would typically come with.

For any general contractor or contractor hiring subcontractors, it is essential to look at your contractor insurance policy very carefully. There are still plenty of options for contractors that do not come with restrictive exclusions, but more and more carriers are using this to limit coverage. 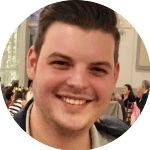